Winner of 22 Awards from Around the World 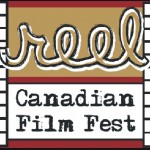 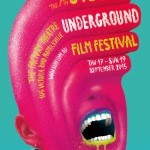 BEST PICTURE – Chosen by a Youth Jury, aged 13-19
EDITH LANDO PEACE PRIZE – Chosen by an adult jury “for the film that best utilizes the power of cinema to further the goal of social justice and peace on earth.”

BEST OF THE FESTIVAL
Wild and Scenic Film Festival

All The Time InThe World had its world premiere at the 2014 Vancouver International Film Festival on Oct 1 and Oct 4, 2014 where it won the Most Popular Canadian Documentary Award.
The Vancouver International Film Festival is among the five largest film festivals in North America and one of the world’s largest public exhibitions of new Canadian film.

Festival in Toronto. This award is given to the film or television series which highlights the positive role that the film and television industry is playing in creating solutions for a healthier planet. The jury this year chose two winners for the Green Screen Award. All The Time In The World shares the win with Walt Disney Studios who created the feature film Tomorrowland (starring George Clooney) with zero waste during production. Congratulations to Disney!

All The Time In The World was one of 15 feature film projects selected from across Canada for Telefilm Canada’s 2014-2015 Micro-Budget Production Program.